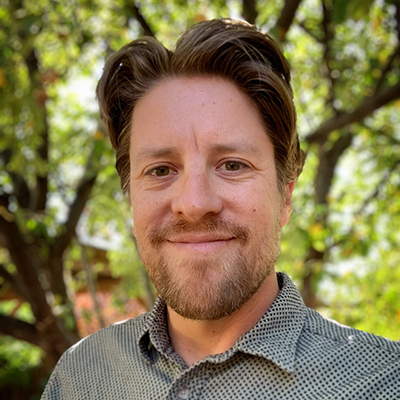 Phil, a native of Santa Fe, New Mexico, joined CAVU in August of 2020 as Education Director. He comes to CAVU after 18 years working in various capacities mentoring youth in his community. As Education Director, Phil oversees the Climate Innovation Challenge (CIC) program.

Phil graduated from Colorado College with a B.A. in English and Filmmaking. He went on to receive his M.A. in Environmental Education from the University of New Mexico. It was during his time at UNM that he found his calling working with young people. Early positions with Two Wheel View, a non-profit organization that takes youth on international bicycle touring expeditions, and the North Carolina Outward Bound School launched his career as an experiential educator. He went on to work with the Santa Fe Public Schools as a health and wellness specialist for 8 years. Afterward, Phil served as an Athletic Director and Dean of Students at both public and private institutions in New Mexico. Phil is a proven advocate for young people in his community and his passion for climate activism and positive youth development ties in well with CAVU’s mission.

After living in Albuquerque for many years, Phil returned to his hometown of Santa Fe in 2015 with his wife, Liz, two children, Xavier and Zoe and dog, Billy. In his spare time you’ll likely find him playing outside with his family or wandering around the New Mexico backcountry on his mountain bike.